Tonight was the penultimate shoulder-to-shoulder match for Portsmouth City and our last home match of the 2014/15 season.  As mentioned in previous match reports, PCRC has managed a good number of wins this season and this places us in contention for the Portsmouth & District championship this year.  It has been 10 years since we last won so we are keen to have our name on the trophy once more.

Tonight's match was going to be a challenge as we faced Havant, who had beaten us earlier in the season.  Would it be the same story again this evening?

To be completely honest, there was 'below par' shooting from both teams but thanks to a couple of solid performances from Ian Cooper and Sarah Hart, PCRC managed to add another two championship points to our league score!

Our final match is this coming Tuesday (please remember that the range will not be open Tuesday 3rd March); an away match against West Meon.  Our last match against them was a draw but we're hoping to push our winning streak one further, all the way to the end of the season!
Posted by Gordon at 22:24 No comments:

We've finished our Civil Service cards... but who got the best average?

Portsmouth City tends to shoot quite a few competitions with the Civil Service Sports Council's Target Shooting Association.  Last week we finished our 2014/15 winter postal cards.  We had a team of four, plus four other shooters taking part in individual competitions.  We will find out in the following weeks how the team and individuals have done in their respective divisions.

However, there is always healthy competition within the club to get the best average in these competitions.  This season, it was very close at the top:

So very well done to our club captain, Marian, for dominating this particular competition and fingers crossed that the high quality of shooting overall will allow the team to win their division and be promoted.
Posted by Gordon at 16:14 No comments:

PCRC stays in contention of the championship with another win

As of our match against Fareham B, Portsmouth City is now in joint first position in the Portsmouth & District shoulder-to-shoulder league.  However, if the championship were to be decided based on that, we'd come second based on aggregate score.  Thankfully, there are more matches to be considered.

Since that match we managed to chalk up another 3 wins and I'm happy to say that, despite some ropey shooting from some of the team, tonight we managed to make that 4 wins.

It was a home match this Thursday against Chichester.  Once again, PCRC fielded a full team of 8 and we're very proud to say that we've managed to have full teams at every match this season with one exception - our earlier away match at Chichester.  However, while that previous match saw a respectably high score of 489, tonight Portsmouth didn't quite manage to put its best foot forward.

So special congratulations go to Sarah Hart for getting a possible.  Some others on the team need to pull their finger out (including yours truly) to keep the aggregate score competitive.  We will also need to pull things together to challenge Havant next week.
Posted by Gordon at 22:26 No comments:

New PB for our secretary!

A couple of nights ago, our secretary Adam, posted a little message on Facebook.

While this in itself is a very good set of scores, Adam's not actually blowing his own trumpet enough here as this was the first time he'd managed to shoot more than a single possible (meaning 'best possible score'; meaning 100 out of 100) on the same day.

So not only did he manage to get an evening average of 99, but he also sailed past his goal of getting 2 tonnes in one evening and went straight on to get 3! 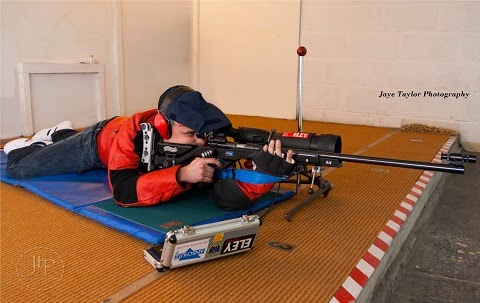 If you haven't already had a look, you might want to take a look at some of these brief articles, written by world-class competition rifle shooters, for ELEY. 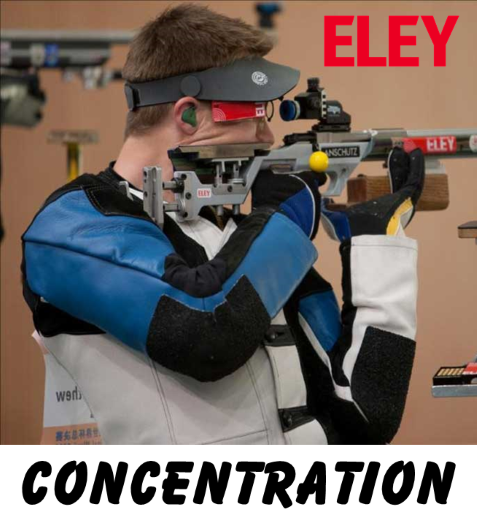 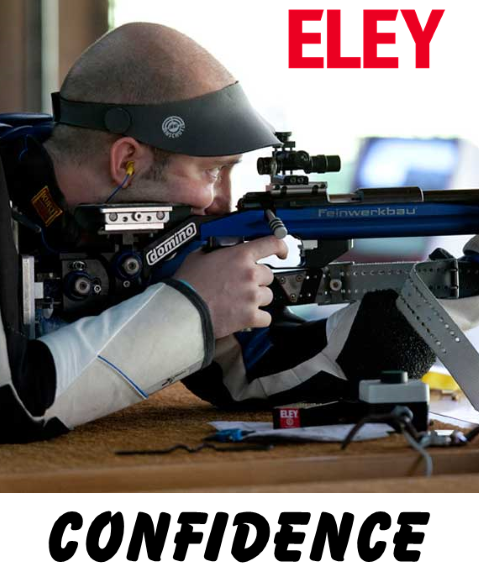 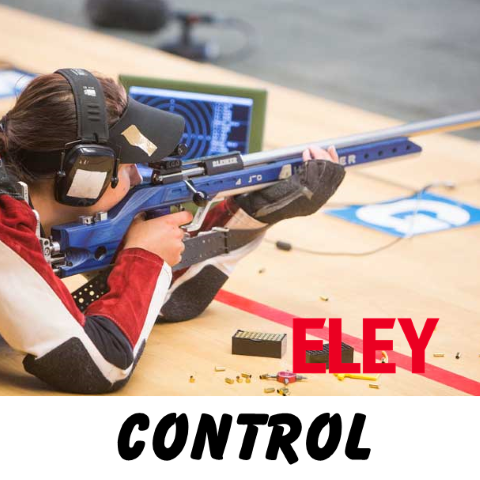 Concentration, Confidence and Control.
Posted by Gordon at 15:49 No comments:

Tonight saw a relatively local away match for the Portsmouth City team as we faced our Pompey cousins, Portsmouth Railway Rifle Club.  A fun evening was had by all but this didn't necessarily translate to the best scores for either team.  Nonetheless, PCRC managed to come away with another victory.

This was, in fact, a distinctive victory as the the team now has 18 points in the top division of the Portsmouth & District league, which is 2 points better than PCRC has achieved in the last two seasons (2012-13, 2013-14).


We now have a couple of home matches to look forward to in the coming weeks, at Chichester and Havant, before we finish the 2014/15 season on March 3rd shooting away at West Meon.
Posted by Gordon at 22:44 No comments:

On Saturday evening, the first leg of the Potter Bailey shoot was held at Chichester Rifle Club.  The competition sees the combined talents of the shooters of Portsmouth & District lock horns with our neighbour's, the Worthing & West Sussex Smallbore Rifle Association.  Each district team has 12 shooters and the best 10 scores are counted (known as '12 to shoot, 10 to count').  Each shooter has two cards so (doing the maths here... 12 shooters x 2 cards x 2 teams + 1 reserve) there were 50 cards shot.

This was the away match for the P&D shooters and the bitter cold of the Chichester range added an extra challenge!  Portsmouth City's own Marian Nevatte captained the P&D side while Ian Cooper, Adam Nevatte and Gordon Scruton were selected for the P&D team.

The best possible team score is 2000 and the competition is based on aggregate so these scores will be added to the home match which will be shot at Havant Rifle Club on March 14th.  Here's how the teams did:

So an 8 point difference over 2000 possible points is really quite close and eminently recoverable.  Well done to W&WSx for pressing their home advantage.  We're all hoping the Havant range will be warmer next month!
Posted by Gordon at 06:40 No comments:

This evening saw Portsmouth City face Wickham A at home.  Earlier in the season, Wickham managed to put an end to our initial winning streak by forcing a draw.  However, tonight was a slightly different story:


So, PCRC chalks up another win this season but there is little time to rest as we face Portsmouth Railway away next Monday.
Posted by Gordon at 21:27 No comments:

With the recent increase in interest from our highly successful Beginners' Nights, we now have a number of new members.  To make sure they get the attention and coaching they need to become able and safe rifle shooters, we are now opening on Wednesdays (6:30pm - 8:30pm) as well as our regular Tuesday sessions.

The intention is that our Tuesday sessions will continue as the main night for our regular shooters, many of whom have competition cards coming out of their ears; while the Wednesday nights will allow the newer shooters more time and space on the main range with their coaches.

The first Wednesday night we'll be open will be Wednesday 11th February.

Our next Beginners' Night is confirmed as Wednesday 1st April 2015.
Posted by Gordon at 08:56 No comments: