The Duttson and Elizabethan Cup Finals 2016

Last week, the team took part in two finals, a result of some great shooting over the course of the winter season.  The first meeting was for the Duttson Cup.

On Tuesday, it was the semis and final for a competition that has been running since 1936.  Some of you may remember from last year that City once again reached the final and ultimately lost to Sarisbury (just like the year before).  This time round Sarisbury didn't reach the semis but unfortunately, that didn't end up being to City's benefit.  As there were only three teams in attendance (Chichester, Portsmouth Railway, and Portsmouth City) names were drawn from a hat and Chichester got direct entry to the final and it was left for the two Portsmouth teams to go up against each other in the semi-final. 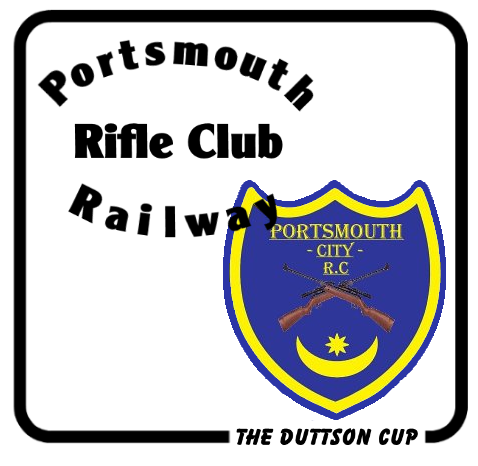 So, this time City had to settle for getting to the semi-finals.  Here was the score for the finals:

So congratulations to Chichester and many thanks to Wayne Dugan and HMS Excellent Rifle Club for the use of their range.

This Hampshire competition was slightly different in that the two teams, Portsmouth City A and Pinewood B shot on their own ranges at different times but both under the watchful eye of Sarisbury's Terry Gleed, who very kindly organises this competition each year. 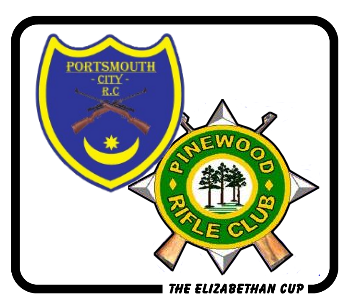 The Elizabethan is a handicap competition, meaning that it is incumbent on the shooters to achieve a specific score (not 100) that is declared before they shoot.  It was a team of 6, shooting 2 cards each.  As we weren't shoulder-to-shoulder, we don't know Pinewood B's specific scores but here's how we shot:

So with these scores we were very happy to find out that we had done enough to secure the cup which we will be presented at the Hampshire prizegiving dinner next month.
Posted by Gordon at 17:55 No comments: