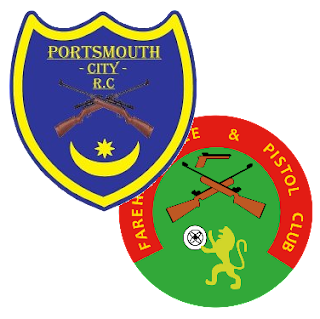 The season continued this evening in City's second match of the season.  It was another home match, this time against against Fareham and here's how it went.

It was an enjoyable night but a disappointing match as neither team was at full strength (remembering that match teams should have 8 shooters on the team, with the best five scores getting counted in).  Nonetheless, despite another low team score, PCRC benefited from the home range advantage, and healthier team numbers and achieved a win.  It's another home match against Chichester next week and then we have our first away match against West Meon in mid-November.
Posted by Gordon at 23:08 No comments: 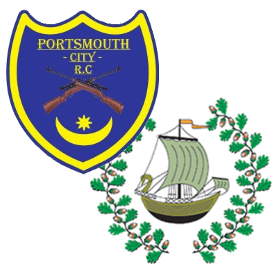 Last night saw City's first match of the 2015-16 Portsmouth & District shoulder-to-shoulder season.  We were runners up last season, narrowly losing out to Sarisbury, so we were keen to start strong this season with a view to having another swing at the championship cup.  It was a home match against Havant and here's how it went.

So while the team scores on both sides were a little lower than we would both like, PCRC managed to capitalise on the home range advantage and achieve a win.

Jonny and Sarah's 95s were both competing for a spot on the scoring team (the rules of the matches are 8 in the team, best 5 scores are counted in).  First the number of bulls were considered (both the same), then the number of shots requiring the gauge (the same), and finally it came down to the number of absolute bulls (where the middle spot was completely taken out).  Based on this, Sarah's card was deemed the superior card.

This gives the team it's first two championship points and we look forward to our next match in a couple of weeks against Fareham.
Posted by Gordon at 16:33 No comments: