While most of the time, our club focuses on target shooting using NSRA cards, every now and then we do something a little different... 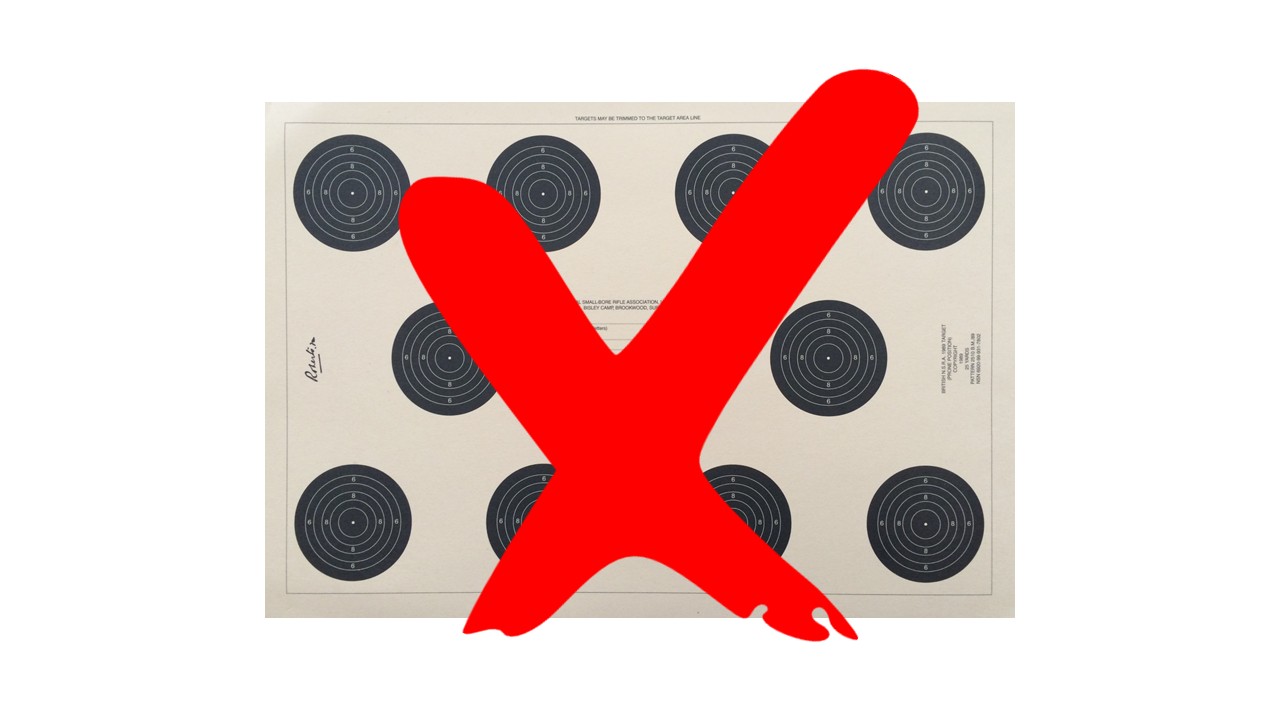 Last Thursday a number of PCRC shooters participated in a fun evening of tile shooting, very kindly hosted by Chichester Rifle Club.  This was a considerably different form of prone shooting where the aim of the game (pardon the pun) is to destroy your tiles before your opponent destroys theirs.  It's a knock out competition where you need to line up on targets somewhat different to what you might be used to.

The difference in how you shoot these targets is also markedly different! 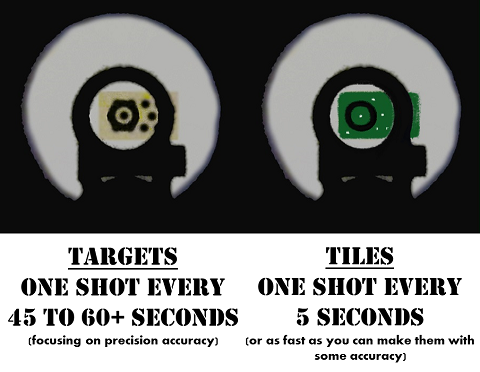 It was a long evening of shooting that started at 7pm and didn't finish until 10:30pm.  This was due to the four different competitions:

There was a separate competition at the beginning of the night for those shooters with bolt-action rifles as it's recognised that these types of rifles have a more complex (and thus slower) unloading/reloading action to the BSA Martinis.

All 8 of our shooters had a fun time competing in as many competitions as they could enter. 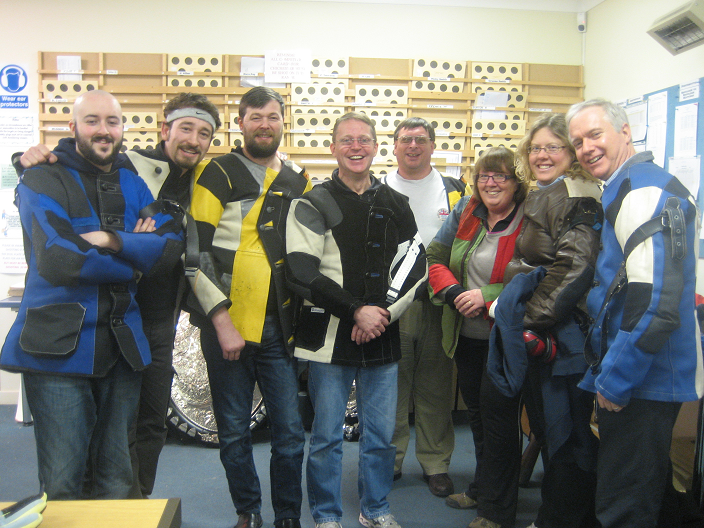 As is so often the case in such competitions, many shooters got knocked out in the first or second rounds, but Gordon Scruton managed get a medal by reaching the semi-final of the All Comers Individual.

Similarly, our pairs worked well together but Jonathan Rowe and Gordon Scruton were just shy of reaching medal positions. 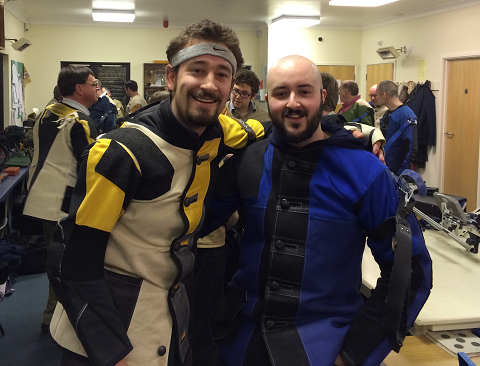 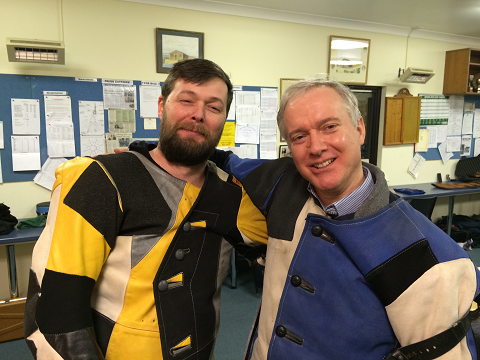 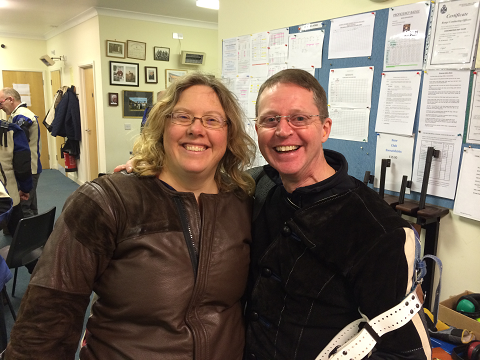 In the Quartets, we had the unlucky situation of the first round being the A Team (Ian Cooper, Marian Nevatte, Gordon Scruton & Jonny Rowe) shooting against the B Team (Mike McCormick, George Barr, Steph Furness-Barr & Dave Reeves).  The A Team went through (sorry B Team) but failed to progress any further. 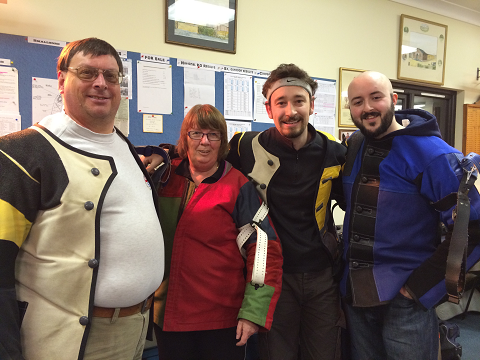 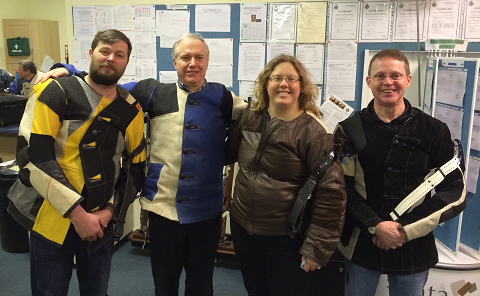 Congratulations to all the winners, commiserations to all the losers and a big thank you to Chichester, West Meon, Fareham and HMS Excellent for putting together teams to make the night as fun and competitive as it was.

Same time next year!  And next time we'll practise beforehand!