Air Range now back up and running 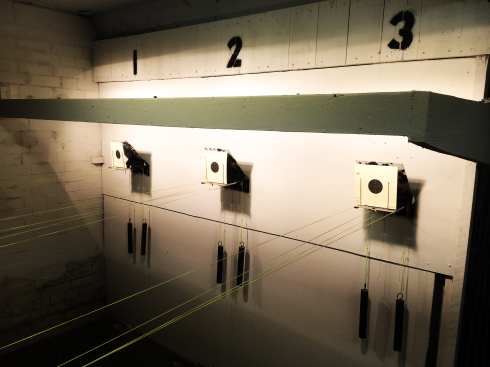 We're very pleased to say that our 10m air range is now available again for use.  The range had to be closed temporarily while we sorted out and replaced electrical wiring.  Many thanks to Ian Cooper and Adam Nevatte for doing the work to make this important facility of ours functional again.

Merry Christmas all!
Posted by Gordon at 12:52 No comments: 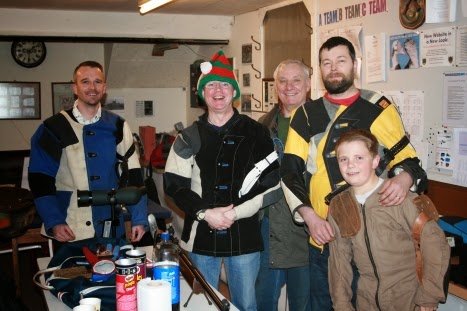 The first round was our traditional crazy cards competition where shooters had the chance to blast away at a few non-traditional cards where 'luck' was the name of the game.  First place was decided by only a single point but Jonny Rowe managed to just narrowly beat Ian Cooper. 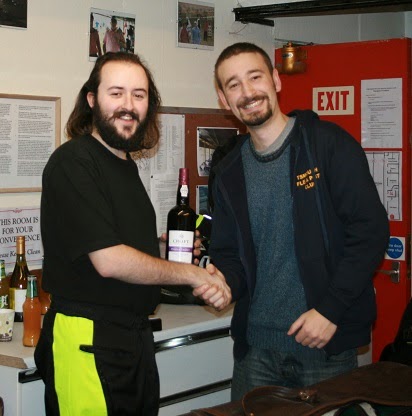 The second competition was a little more serious, a speed shoot that allowed each shooter only 2 minutes to get round the whole card.  To make things fairer, shooters had to predict their score (their handicap) ahead of shooting and the winner was the shooter who shot closest to their prediction.  Here's who placed in the top eight:


So Jonny managed to win again - damn it!  Anyway, a fun time was had by all and we already have provisional plans for a tile shoot early in the new year.  Have a Merry Christmas and see you in the New Year! 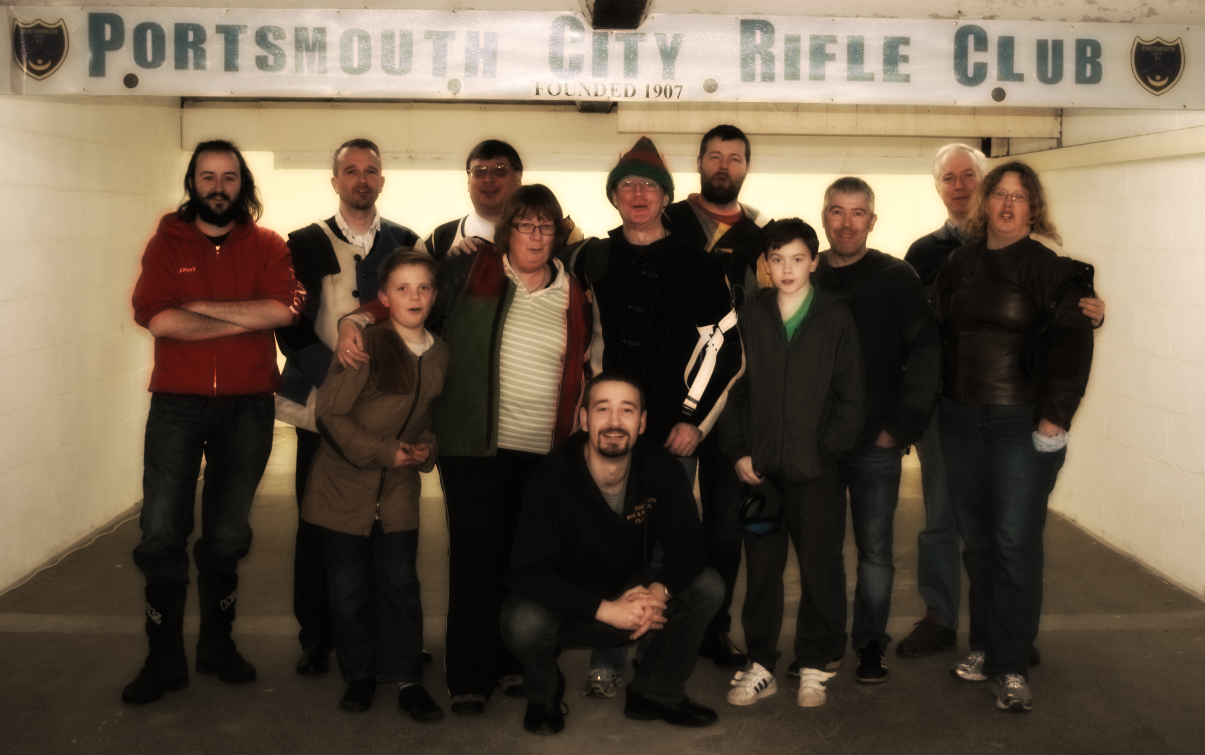 Last Match of the Year

Last night the team shot its last match of the year, at home against West Meon.  The club has had a relatively successful season of shooting so far but a below-par performance by many of the team meant that PCRC equalled its lowest team score of the season and had to settle for a draw against West Meon. 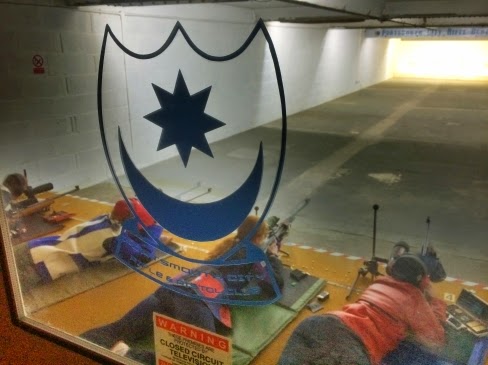 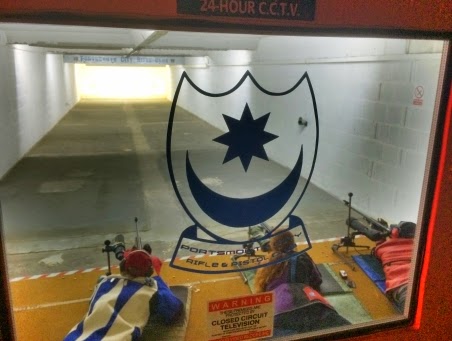 Special congratulations to Adam Nevatte for scoring his second possible of the season and going into the Christmas break with an impressive shoulder-to-shoulder average of 98.5!  We are now at the mid-point of the 2014-15 season with 10 points (4 wins, 2 draws, 1 loss).

While the Portsmouth & District shoulder-to-shoulder season is now done until the new year, we have plenty more postal competitions to get on with... plus, of course, the Rifle Club Christmas Competition, next Thursday 11th December.  See you there!

Ten of our shooters will be taking part in the smallbore postal competition organised by the Dorset Small-bore Rifle & Pistol Association to celebrate the life of Erika Lawrence, Dorest Ladies Captain, who passed away earlier this year.

For the shooters: there are 3 cards, they don't have to be all shot on the same day but they must be shot by 17th March 2015.